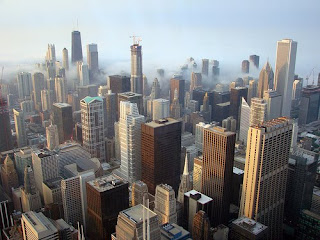 I took a course in college called Demography, which is the science of human population. This course taught me many useful things like 1) China has a whole bunch of people; 2) entire neighborhoods called “population cohorts” move from the “rustbelt” to the “sunbelt” (presumably so  they can play more golf); and 3) that my parents wanted me to be a part of a quasi-political movement called The Baby Boom so that I wouldn’t have to rely on social security when I got old.

But Demography taught me a few things that weren’t quite so useful, like how to implement a complicated mathematical formula to determine something called “population density.” To put it in layman’s terms, population density is a measurement of the number of people in a particular area of geography. As you may know, we live in a rural area so I only counted (including our own) four houses within our particular square mile. If each of those other houses contains three people, then the total population in our square mile of land would be 16. Are you still with me?

Sixteen persons per square mile is what we demographers (people who’ve taken Demography) call a “sparse” population. So as someone from a sparsely populated part of the world, you can imagine my wonder last week when I traveled on a business trip to one of the most densely populated cities in Cook County, Illinois—Chicago. Some neighborhoods in Chicago approach densities of almost 50,000 persons per square mile. And these people are actually live people, not just people who are "registered voters."

Public transportation in Chicago is operated under the auspices of the Chicago Transit Authority (CTA). Older readers will recognize the Chicago Transit Authority as a band from the ‘70s and ‘80s who had such hits as Saturday in the Park. After legal action was threatened by the City of Chicago over use of that name, however, the band broke up and decided to try its hand at running busses and elevated trains.

The crown jewel of the CTA is the “L,” which is the elevated train system you’ve seen in shows like E.R. or movies like The Fugitive. I was a little apprehensive before riding the “L,” but found it to be very safe and welcoming, offering no apparent signs of guns, knives, or one-armed men (although a guy who looked eerily like Tommy Lee Jones was looking at me kind of funny).

Another stark contrast between sparsely and densely populated areas is the heights of buildings. My meetings were on the 80th floor of the Aon Center, which is the 3rd tallest building in Chicago and at one time among the tallest in the world. Floors 68-80 of the Aon Center have their own set of elevators—six in fact. Here in the country the only elevators we have contain grain, and the country skyline is usually limited to a handful of silos, wireless towers, and treehouses. So for a guy who lives in the country a meeting on the 80th Floor of a building seems pretty cool. That is until the elevator doors shut and you’re all alone hurtling into space in a capsule smaller than the lunar module.

When I finally got off the elevator and arrived at the 80th floor meeting room I made the mistake of walking over to the window to take a look at the mass of urbanization beneath me. The view was truly breathtaking, but suddenly I realized all that separated me from the concrete nearly ¼ mile below were six tiny elevator shafts which by this time surely did not house functioning elevators. As the room became smaller, a flurry of questions ran through my mind—had this building been inspected during construction? If the building suddenly toppled toward the Lake, would I die at impact or would I live only to drown? I finally regained my composure and entertained more rational thoughts like “Is Tommy Lee Jones still following me?”

Hopefully the study of population densities will bring us closer together as inhabitants of red states, blue states, and Florida. And if these studies do not bring us closer together, let's find common ground in understanding the cardinal rule of Demography—there’s a whole bunch of people in China.
Posted by Greg Finley at 6:55 PM