On the Precipice of 50 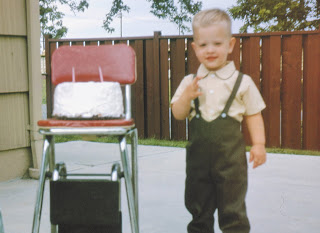 Today marks the 49th Anniversary of my birth, which means if I remember any trigonometry at all I’m embarking on my 50th year. It’s an odd phenomenon in our culture, that we can't just be the age we are, we're always going on the next year. So no longer 16 going on 17, I'm 49 going on THE END.

So here I stand, peeking over this cliff with my fiftieth birthday staring back at me from below. It taunts me, really, with so many questions that yet remain unanswered. Things like how do we attain world peace; who is the family of man; and what, really, is the function of the gall bladder? Will I figure any of these things out before May 18, 2011?

What is there to show for these 49 years? Oh sure, there were some highlights in the early years. Dirty diapers, tetanus shots, leisure suits, and high school graduation to name a few. But these feats required little effort, little moxie. Showing up was sufficient.

Then I entered my “adult years,” went to college, and learned new and important and world-changing things like how to bounce a quarter off a table. My education there was not limited to parlor games, however. I also learned to expand my worldview and recognize that we are citizens of a larger planet, so I purposed to learn the Greek alphabet and to hate the Ruskies’ hockey team.

In college I was also introduced to fashion. I learned about the invention of a new color called argyle and the art of wearing a polo inside a button down (I actually never did this—thankfully). I learned that it really was o.k. to wear shorts that showed way too much of my legs and that wearing Topsiders did not mean I had to like Ted Turner. I even learned something about my masculinity. Yes, I could wear pink and plaid and not get beaten up.

But I had to leave college and grow up and find a job so I went to graduate school because my parents let me. There I learned that not everyone thought like I did. There I learned that some people contemplated more lofty, weighty, and meaty things than choosing between pepperoni and Italian sausage pizzas. There I learned that people thought my then-hero John Ashcroft was a “fringe idiot,” and that Marxism was not only a viable but preferable system to which you could hitch your proverbial wagon. But I survived graduate school and they did not manage to convert me to Marxism nor even dissuade me from voting for Reagan in his second term.

So after that I did the only Marxist thing I knew to do and went to work for the government. While working for the government I learned how to violate fundamental constitutional rights by annexing entire subdivisions into the city limits while the unsuspecting residents watched the Cosby Show.

My learning was not limited to city planning, however. Valuable, life-changing concepts were introduced to me. Things like “comp time” and “personal days” and “field work (on the golf course)” began to capture my full attention. Other "life skills" were acquired, like how to stretch a 15 minute coffee break into a referendum on the jelly doughnut.

Sometime during “the government years” I married my best friend and we embarked on a bit of a kamikaze 23 years that have added five children and multiple dogs and even a rodent or two to the mix. We moved from the suburbs then to the exurbs then finally to the country. If the goal was to move as far away from civilization as possible, then only Siberia remains.

But I still vow to see many questions answered before I'm actually 50. During the next year I resolve to finally and fully understand terminology such as Universal Life, Double Indemnity, and Oil Viscosity. It is my quest.

CAUTION: We will now shift into a serious gear....

Ecclesiastes 7:1 says that "the day of a man's death is better than the day of his birth." I often wonder how that can be, and can only understand it at the Cross of Christ. Somewhere below the precipice of 50, 60, 70 and beyond is a Cleft in the Rock. And it's there that everything makes sense and that all things are made new. Aged and ravaged and diseased bodies will be made whole once more. And all the groanings and longings of creation will be quieted and satisfied.

And all my questions will finally be answered. Better yet, they'll be rendered insignificant. 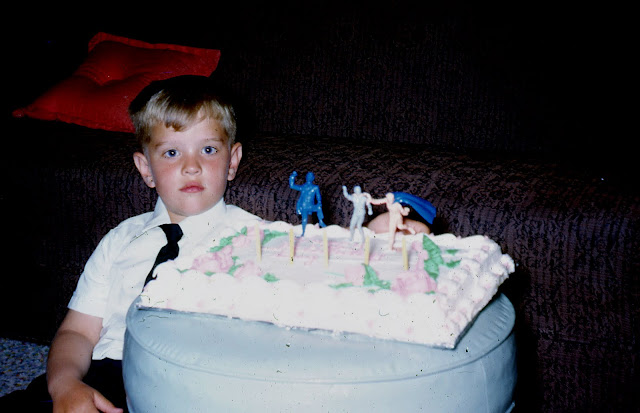