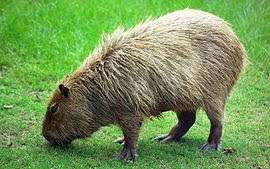 I am privy to information which could change the course of human events, or at least what you think about the next time you eat salmon. I've been harboring this dark secret for at least five days now, and it's got me rattled. I need to come clean with it, you know, get it "off my chest," because if I don't I'm liable to forget about it and then when I remember it again it will be too late to write a humor column about it.

Before I divulge this information though, I need to ask you to promise me you'll not let my wife know you've read this column/blog/whatever you call this venue for posting really irrelevant, meaningless, and self-promoting information. It will be our secret. Oh, she knows about this information—you know, the human-events-course-changing-information. She knows about that information. She just doesn't know that I'm going to tell you about it. That's what needs to be our little secret. She would be mortified if she knew I disclosed this information. And besides being mortified, she'd be "caused to experience shame, humiliation, or wounded pride; humiliated." (i.e., mortified) But that happens all the time around here. The real issue is she'd be mad at me. And let's face it; life is way too short to have your wife mad at you more often than she's mortified.

You might be asking yourself at this juncture: "But won't she be reading this blog?" To which, I would answer: "Don't rightly think so." To which you might respond: "Please get on with the story." To which I might then ask: "Why don't you want to know why she doesn't read the blog?" To which you would then say: "Isn't that self-evident?" To which I would most surely say: "That's hitting below the Mendoza Line!" At which point you might wonder what having a baseball batting average of less than .200 has to do with the above reference to salmon...and that, my friends, is how I draw you back into my story.

I'd like to utilize a few more words and paragraphs to weave a gluten-free web of mystery, intrigue, and boredom, but it'd be pretty light on the mystery and intrigue. Thus, I'll just come out and say it: There has been, and likely remains, a rodent in our refrigerator…. (allowing for ample time to gasp)

If you're at this point exhaling and wondering what's with people who live in the country eating squirrel and porcupine and the like, you need to understand that this rodent is alive. Yes, ALIVE! This rodent, the one of which I'm speaking, is neither filleted nor field dressed. It has not been prepared in any fashion for consumption of people who live in Cass County, Missouri, or for that matter any other county that reluctantly gave up cock fighting.

Now to fully understand this predicament you need to trace its roots to the South Beach Diet. That's where our woes began. My wife and I decided to start the South Beach Diet because my doctor told me I had acquired something called "metabolic syndrome." Now I'm all for syndromes if you can handle them. They're better than diseases and usually don't require medical "procedures." But I told him I'd never taken steroids in my life. Sure, I could hit a baseball at least to the third baseman "back in the day," but that was during the dead ball era. The closest I'd ever gotten to steroids was when I grabbed a couple of Omega 3 chews at GNC.

Anyway, the South Beach Diet is big on protein and down on carbs. So, we went to the grocery store and bought a variety of meats, cheeses, and ricotta cheese. We asked our children to put these items out in our extra refrigerator in our garage. We need an extra refrigerator in the garage because the one in our kitchen contains approximately 473 different types of condiments. These condiments are designed to be spread, slathered, and squirted on various meats, cheeses, and lesser proteins, but since there is no room for these in the inside fridge—because of the condiments—they are placed in the fridge in the garage. One would think the "inside refrigerator" would be utilized to hold staples like milk, orange juice, and leftover pizza. But if these "staples" were placed in the inside fridge, there'd be no room for important condiments like cranberry horseradish sauce and pepper jelly and jalapeno slaw—items that are used at least once a month and need to be handy for just the right sandwich.

I should note here that if you ask your children to place food in any refrigerator, but especially one outside of your general viewing paradigm, you must ask them to actually close the refrigerator door upon placing the items inside the fridge. This isn't really important for keeping items cold, because if your fridge is in the garage and it's winter it is likely to be warmer inside the fridge than in the general vicinity of the garage. However, the bigger picture suggests the door be closed so that unwanted pets, neighbors, or even rodents, are kept out. But if you want your refrigerator to say to all area rats and mice: "allee allee income free," then by all means teach your children not to close the door. Or teach them, like we did, to close the door after the critters have made their way inside.

How do I know that a rodent is in our refrigerator? Well, I don't for sure. But last Wednesday when I opened a package of salmon I noticed the cellophane had a hole in it. I didn't think this was too big of a deal until I opened the cellophane and discovered that little black pieces of Styrofoam were underneath the cellophane—"shavings" if you will. Upon further investigation, I noticed that a piece of the salmon's flesh was missing and that the missing flesh was eerily shaped like the Strait of Gibraltar. Thus, I deduced that a live rodent had gotten into our refrigerator and had been treating himself to fresh seafood and miscellaneous cholesterol. What did I do with the salmon? I did what any red-blooded American man with a knife in his hand would do—I trimmed the Strait of Gibraltar off of it. Then I got to cookin' it.

Well, I guess once this story is out in the open it's not as bad as it sounds (unless you're my wife, then it's worse). But there's more. Most people would rummage through their fridge if this happened to them. They'd go out to the freezing garage in a haz-mat suit and quarantine all of the food then scrub it down with Clorox. But I'm way ahead of them. I figure the rodent will get cold at some point and head for the door. Then he'll play into my hand. He'll undoubtedly find the large rat-strength glue trap I placed inside the refrigerator. That'll get him. I just hope he's not staring up at me the next time I open the door. By the way, does anyone really release the rodent "gently" out of these glue traps while they're still alive? That's a good one... like he couldn't find his way back to my Ro-Tel dip.

But seriously, a growing fear, after doing some forensic study on the bite mark, is that it may be one of the larger rodents. Larger than a mouse, rat or porcupine, it may be the Mother of All Rodents—the Capybara. The Capybara is the largest rodent known to men like me who visit Zoo World in Panama City, Florida. If there were a Capybara in our refrigerator, however, there'd be no room left for much else, as they grow to over 4' tall and weigh in at 140 lbs. That's a big ol' rodent!

So if I go out to the garage tomorrow morning and find a Capybara in my refrigerator, I'll first "release him gently" from the glue trap. Then I'm going to encourage him to build on that meal of salmon and join me on the South Beach Diet.
Posted by Greg Finley at 10:03 PM